Some of us might recall the movie called The Fifth Element where Bruce Willis played a driver for flying taxis in a faraway future. Last year an autonomous drone taxi form the German company Volocopter went on a two-minute test-flight. Bruce Willis might be surprised how old his taxi looks like in comparison to the one, which does not even need a driver.

According to a Morgan Stanley Research study, the market for flying cars (electric air taxis), should expand to $1.5 trillion globally by 2040. No surprise therefore that start-ups and major brands are developing them, including Boeing, Hyundai, Airbus, Toyota and Uber.

“Air taxis are definitely the next phase of mobility,” says Joe Praveen Vijayakumar, Frost & Sullivan senior industry analyst. “Urban centres across the globe are struggling to come to terms with the rising vehicle numbers and the resulting congestion, especially during peak traffic hours. When air taxis become widely commercialized, they will definitely ease the traffic burden on city roads. They will usher in a nimble form of intracity travel, transporting people on the shortest possible route between two locations.”

Volocopter is one of several companies developing a drone equivalent to traditional helicopters, and proponents say electrically powered air taxis offer a safer, quieter, emissions-free alternative. Its aircraft can take off and land vertically, flown either automatically or by a pilot, with a beta design that can fly two people and their luggage for distances approaching 30 kilometres. Volocopter said it hopes to cover high-traffic routes in major cities, such as between airports to city centres, at a speed of up to 110km per hour. 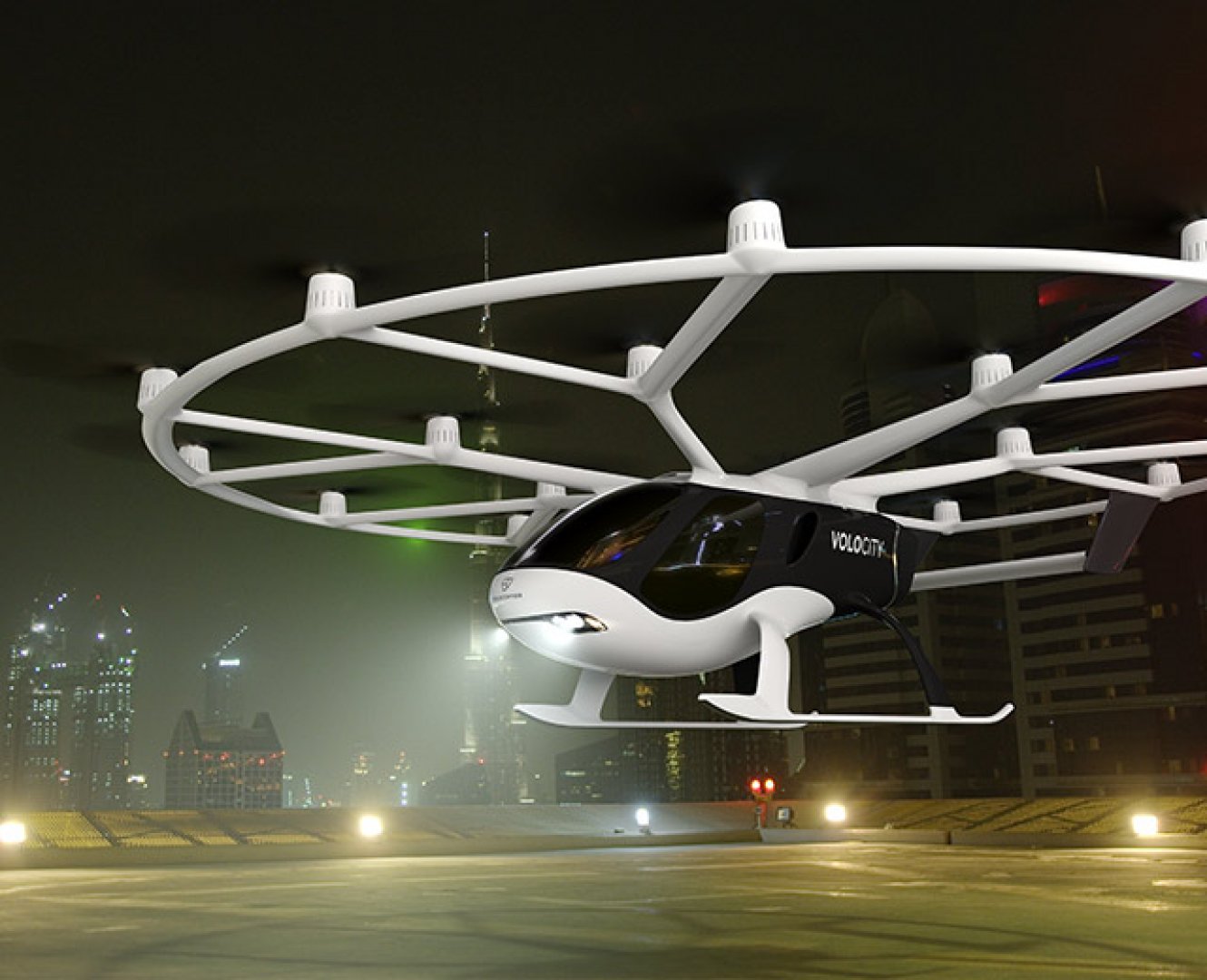 From a practical point of view, these services will (at least at first) have to run between fixed take-off and landing pads, rather than picking up and setting passengers down at their chosen destinations. This will require a lot of new infrastructures. “Air taxis will have to get a lot quieter before they can seriously challenge road taxi”, states Bernard Marr from Enterprise Tech.

Regulators around the world have been trying to get ahead of the commercialization to ensure vehicle safety, airworthiness and traffic control to noise pollution, operator certification and software security, says Tim Hornyak from ROBOTOPIA. Dubai is one of the first who have taken the relevant steps this month and have issued a new law to govern future drone services and pave the way for a commercial drone services ecosystem that allows both drone delivery and flying taxis.

I cannot wait to see air taxis as part of our cities. 10 minute flights from the airport to the city centre, no standing in traffic and being dropped off at a mobility hub, where I can choose from a variety of options for my last mile.