Cool, which last year revolutionised Malta’s transport network with the first ride-pooling service of its kind, has expanded yet again to become even more accessible and affordable.

The innovative ride-pooling service has now been extended to 17 further localities, while its pricing plan has been updated from a standard set fee to tiered rates calculated according to distance.

Launched by Debono Group in July 2019, Cool’s concept blends private cabs with public transport by offering shared car rides. Booking their ‘rides’ via a dedicated mobile app, passengers are collected in a shared vehicle from a nearby corner – saving time, money, as well as the environment through the reduction of their carbon footprint via the reduction of single occupancy rides. In fact, every Cool car with three passengers, could remove the equivalent of two cars on the roads.

Cool initially operated in a limited number of localities, later extending to seven further as appetite for the service grew. Today, Cool carries out an ever-increasing figure of around 10,000 rides per week, and, as part of the company’s bid to eventually extend the service to the entirety of Malta, it has now introduced even more localities to the network.

“Our aim from the launch was to make ride-pooling available to the whole of Malta, ideally within a year of operations,” explains Cool CEO Laura Jasenaite. “We started around the central areas of Malta and had an overwhelmingly positive response; people love the convenience, ease of booking, and stress-free drop off that also avoids the need to find parking. Thanks to this latest expansion we are now operational in a total of 54 localities.”

With the larger network comes a greater variety of distances travelled by passengers, and so Cool has also opted to update its fixed pricing plan accordingly. While distances between 2km and 7.99km remain at the standard rate of €4.95, passengers travelling up to 1.99km can expect to pay just €3.95 for their journey. Likewise, any distance from 8km upwards will be €4.95, while there is a charge of €2 for every additional 3km.

“At Cool we understand that people are looking for a convenient alternative to owning their own car. In fact, we have found that our service is especially in-demand during commuting hours, with people opting to travel with us instead of taking their car to and from work.

“With our inclusive service, we can help reduce even further the number of one-person to one-car scenarios, especially during work commute hours, to greatly reduce polluting traffic on Malta’s roads. Building further on this we have now introduced even greater-value monthly passes for frequent users.

“Meanwhile, Cool helps the public spend less time on the road, and more time doing what they love most – whether it is time spent with family, time to stay healthy or time to unwind after a day at work. It’s a win-win both for people and the planet,” she adds.

For more information and to download the Cool mobile phone app, visit cool.mt. 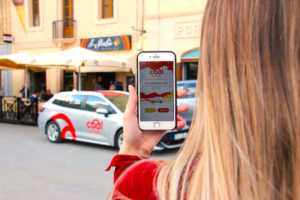